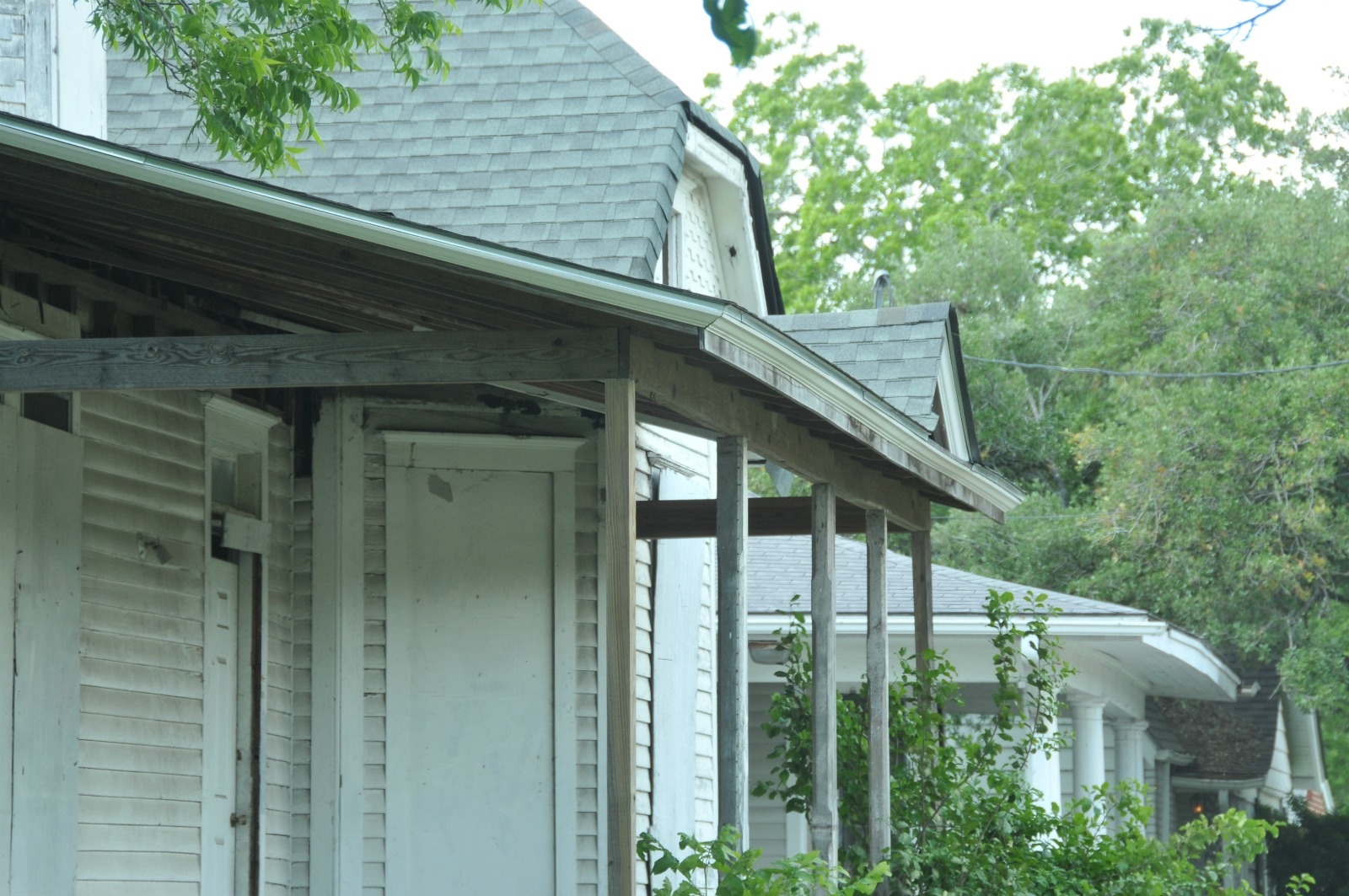 A colony was established by Martín De León in 1824, and was the only predominantly Mexican colony in Texas. Victoria was the center of the colony, which was part of an effort by the Mexican government to settle Texas.   Victoria is the town which I adopted as home in 1976.  Obviously, it is an old town.  Driving out from the center of town, there are old residential neighborhoods which are being settled by a new generation of young people.  These neighborhoods are filled with houses that represent many types and periods of architecture.  I recognize only some of the intriguing elements of design.  Many of the old houses incorporate design elements from Georgian, Federal, and Greek Revival periods. 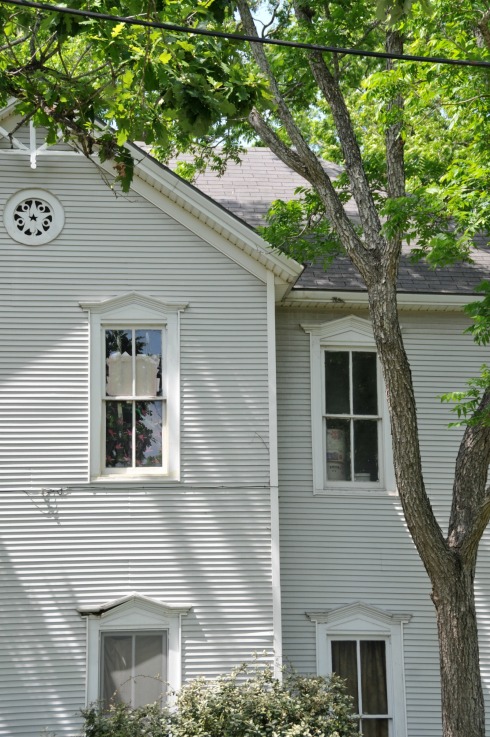 One of Boy’s teachers lives in this lovely old house located near his Episcopal Church School.  The Federal style pediments over the windows and the design elements of the gable interested me.  It is a large two-story house with shake shingle siding.  The original wooden siding appears to have been replaced by vinyl.  The effect is the same, however.  Many old houses in Victoria incorporate the lighter decorative pediments, moldings, trim and mullions of the Federal style into the standard symmetry of the Georgian house.

After I photographed this charming house, I was about to drive away when I saw the lady of the house walking from her car to the door.  She was a pretty woman who appeared to be in her mid-thirties.  I called out to tell her how wonderful I thought her house was.  She smiled broadly and thanked me.  She is representative of the young families who are buying these old houses, renovating them, and enjoying the benefits of living in an established part of town with huge oaks and quiet streets.  Some of their children even ride their bicycles to school. 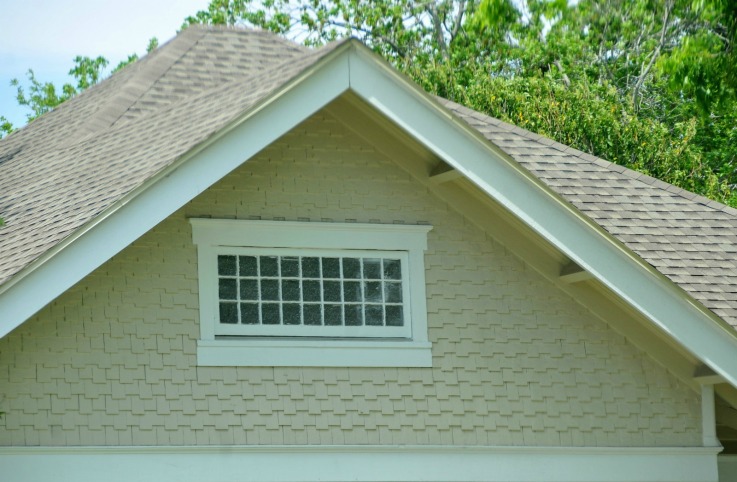 This old house has been renovated.  It is located just off a major street which renders it less desirable, but still acceptable housing for young people.  The Victorian shake gable is a common feature of old houses in my town.  John Calvin Stevens designed many famous shake-siding houses before or around 1900.  Apparently, the style was popular in Victoria too.  Some of the shingles are rounded or shaped on the ends which has a lovely effect.  These are simple, rectangular shakes.  Originally, this house would have had a wood shake shingle roof too.  Current fire codes prohibit wooden shingles today.

This house has been boarded-up for many years.  Recently, renovation was started on it.  There are four-by-four lengths of lumber temporarily holding up the roof.  I expect to see columns replace these temporary supports soon.  The gable on this house is barely visible in the photograph, but the shakes are of a more interesting and older shape than the shakes in the previous photograph.  This house has both gabled roof sections as well as the odd mansard roof line whose window has nice pediment.