I am doing something here that I almost never do.

I am delighted to present (Drum roll, please…)

A couple of days ago, when I was in the pet store picking up food for the girls,

I saw a Yellow-Sided Green-Cheek Conure in a large, glass exhibit.

I didn’t recognize the species so I walked over to investigate.

This little fellow hopped like a songbird over to the glass to greet me.

I put my hand down to return the greeting

he raised one little foot as if to touch my hand against the glass. 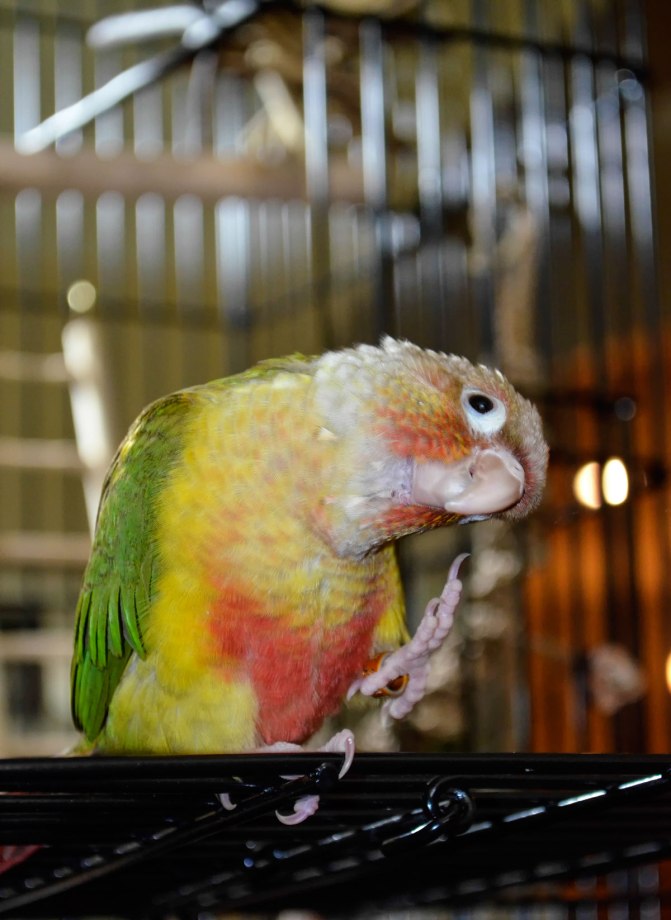 (Here he’s about to scratch his head, but you get the idea.)

I knew that he must be either very young or uncharacteristically socialized for a pet store bird.

His behavior puzzled me.

Parrot keepers unconsciously evaluate a new bird when they see one.

And so I noted:

His eyes were clear and bright.

His cere was clean and unbroken.

His nares were clear and pink.

His mandibles were clean and perfectly aligned.

The feathers on his head and chest were unbarred, clean and full.

I pronounced him to be in good health.

At that point, I noticed something else.

His mandibles were too unscaled, almost translucent.

I could see pinfeathers.  (Pinfeathers on adult birds are not visible.)

In the above photo, you can see the pinfeathers and the groves on his lower mandible indicating a very young bird.

Feet too big for a baby.

My goodness, I said to him, you’re a baby!

(Conures can live for thirty years.)

I told him how sorry I was to leave him there.

Good luck, Buddy, I told him, and went off to get the dog food and the live mealy worms for Frog. 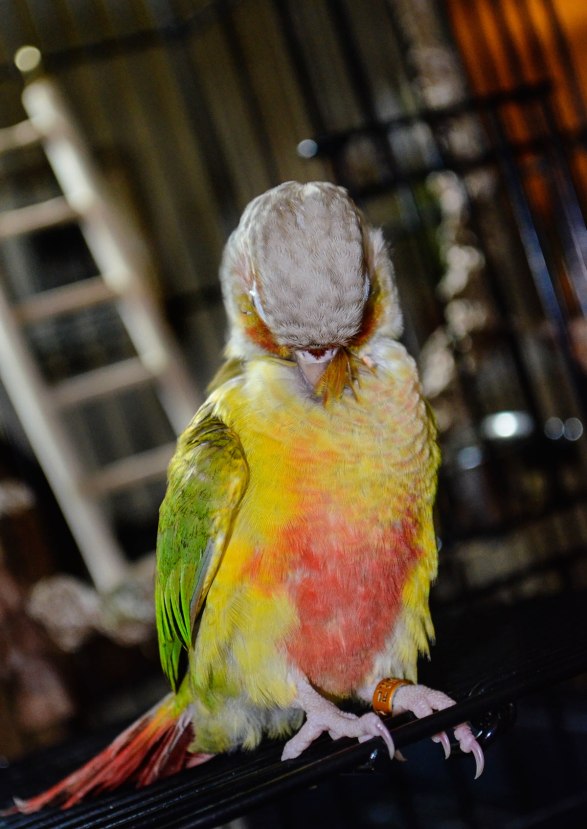 I had to pass by him on my way to the check-out counter.

I couldn’t help myself.  I stopped.

I told myself that it had been twelve years since Rita came to live with me.

I had seen lots of parrots since then and resisted them.

I knew that I could take care of him easily.

I understood him.  And, after all, he is just a baby, I thought.

He will be traumatized by all the people banging on the glass enclosure,

In the end, I couldn’t leave him there.

Okay, Let’s go home, you little rascal, I told him in my most reassuring voice.

He just stood there looking up at me … perfectly innocent and angelic.

Don’t bother, I know what a Pain-in-the-Butt you’re gonna’ be, I told him.  And laughed.

And so it was.

I took him home with me on the four-month anniversary of his hatch date.

He settled right in as soon as I threw together and outfitted a cage for him.

He ate and played and napped and talked to me.

And he’ll never know that any other experienced parrot keeper

would have had better judgement! 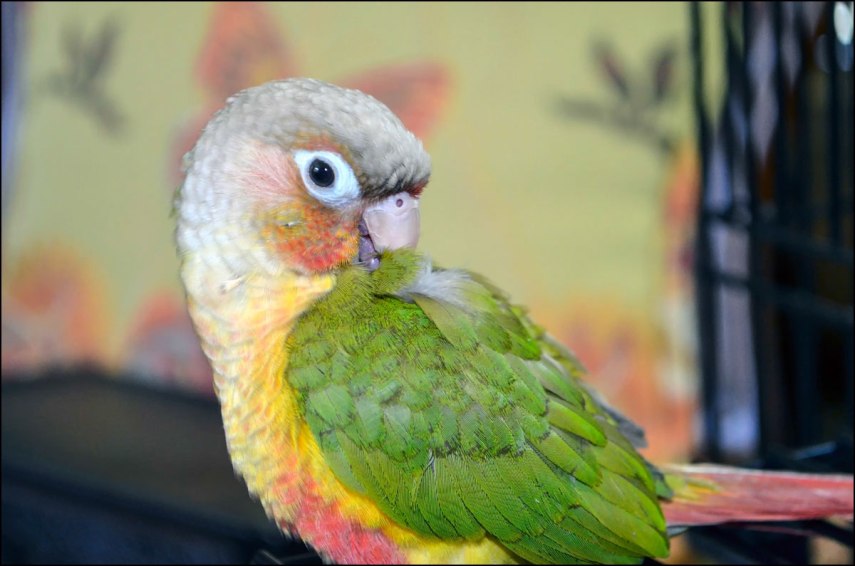 Thank you for allowing me to introduce you to one Cheeky little fellow.