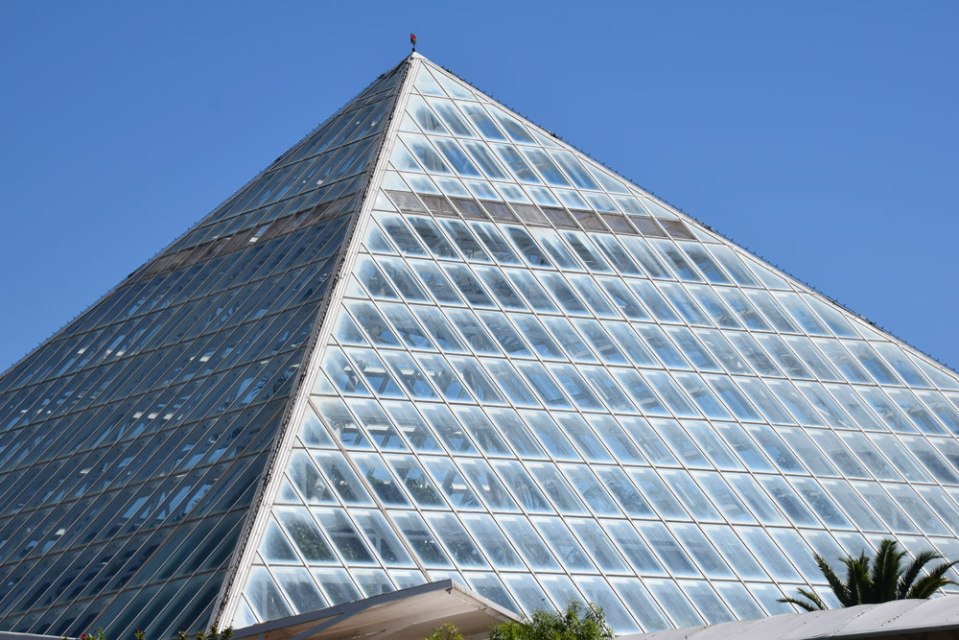 The Pyramid Rainforest at Moody Gardens in Galveston, Texas 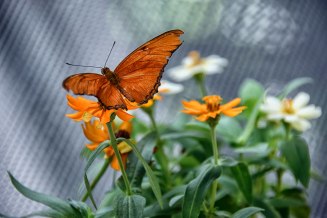 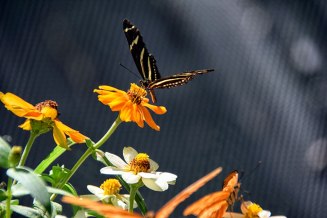 Charlie, do you remember the butterfly enclosure?  You were walking behind me when you kept telling

me to touch one.  I didn’t think you were serious since I never saw a tame butterfly.

When I looked back, you really were touching them!

I never paid much attention to butterflies.

They remind me too much of the ugly, dusty gray moths that I thought were creepy as a child. 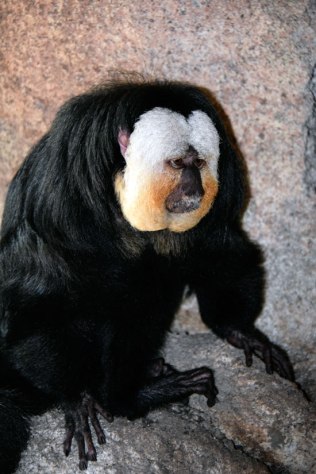 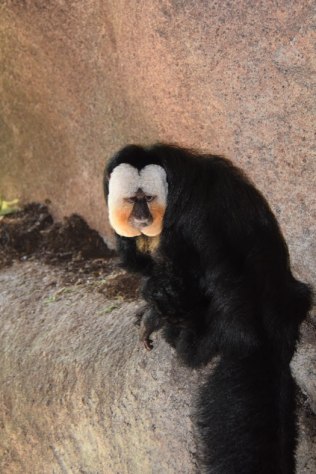 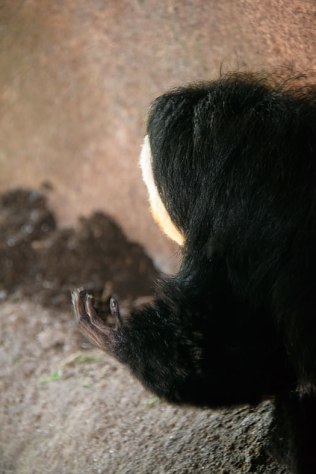 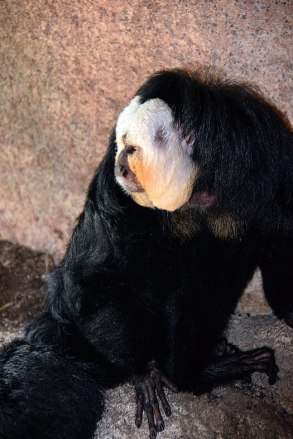 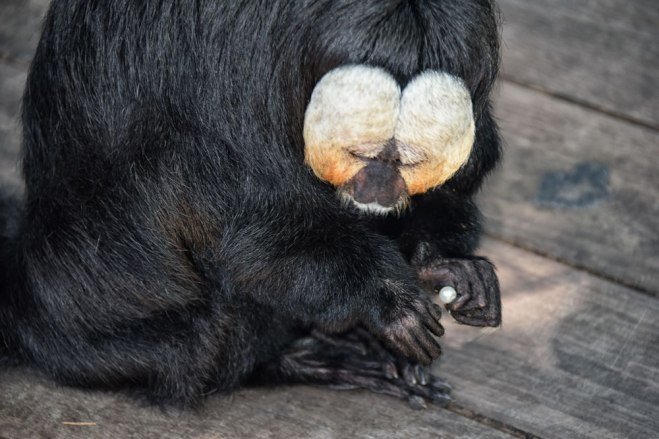 I don’t remember whether you were with me when I saw these monkeys.

The keeper was trying to get them to go back in the building.

They were running around among the guests and causing a bit of a stir.

Some people were frightened of them.

I was fascinated by their incredible faces and hands.

Now they are the ultimate exotic animal, but I think they could be aggressive,

and they may be endangered as are many of the animals in the exhibits.

I asked the keeper about the species, but I am so deaf that I couldn’t hear what she said! 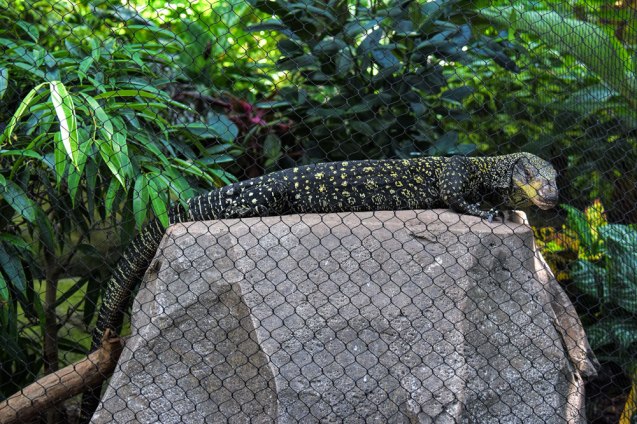 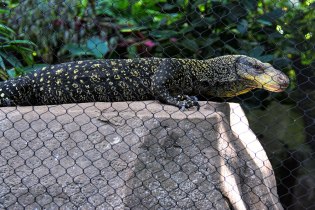 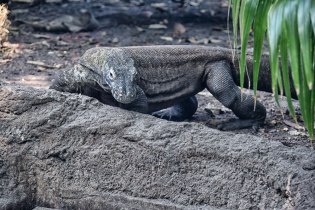 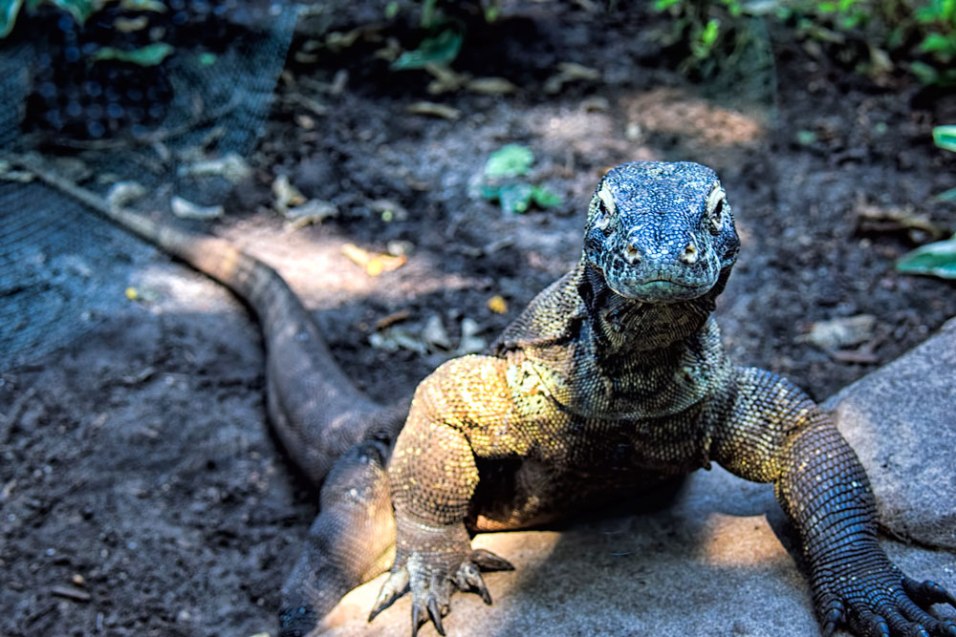 I did not linger long at the Dragon exhibit.

I noticed that the dragons were behind glass and wire.

Ugh!  These guys are scary.

When that curious big Komodo started checking out the lunch menu,

my own lizard brain kicked in, and I moved right along! 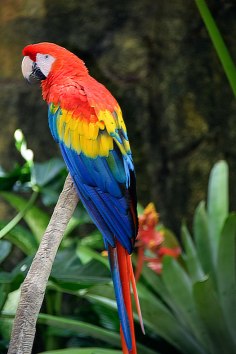 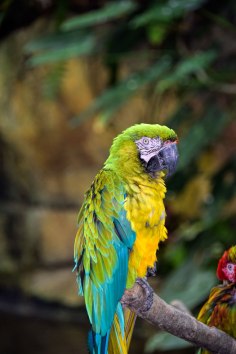 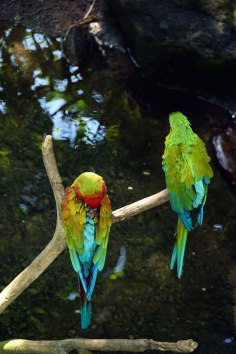 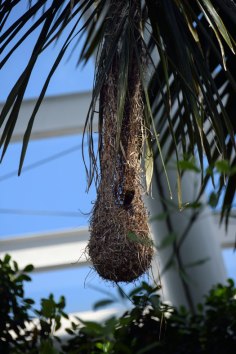 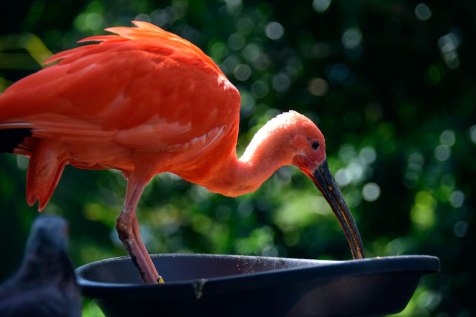 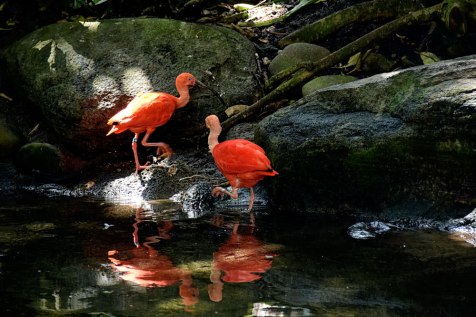 The Scarlet Ibis and the Macaws were the only birds that I saw in the Rainforest Pyramid.

The two sitting together are said to hold hands!

I saw the odd bird’s nest, but I have to ask Rob Ainslie of The Photographic Journey of Bulldog.

If you haven’t visited his blog, you are missing some of the very best wildlife photography

and informed, humorous narrative on South Africa to be found anywhere! 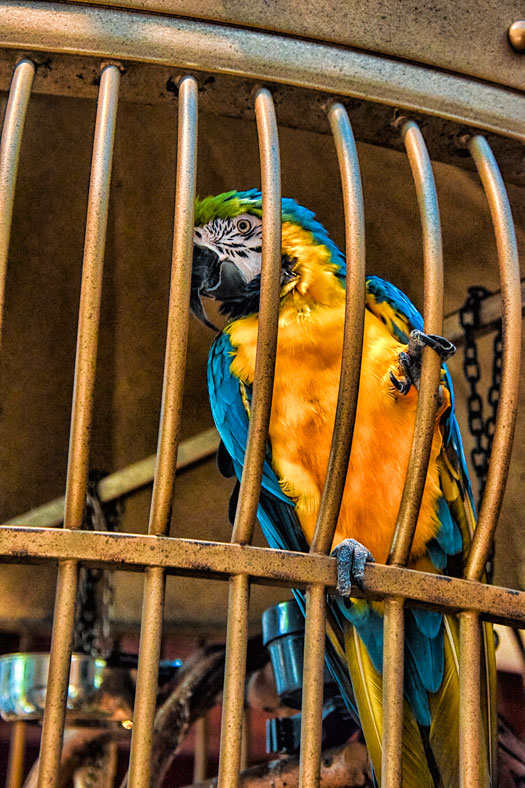 This Blue and Gold Macaw does not live in the Rainforest Pyramid.

He is displayed in the biggest dome cage I ever saw

in the San Luis hotel.

I encountered him on my search for a bar.

I was in desperate need of a fountain coke, but I stopped to visit with him.