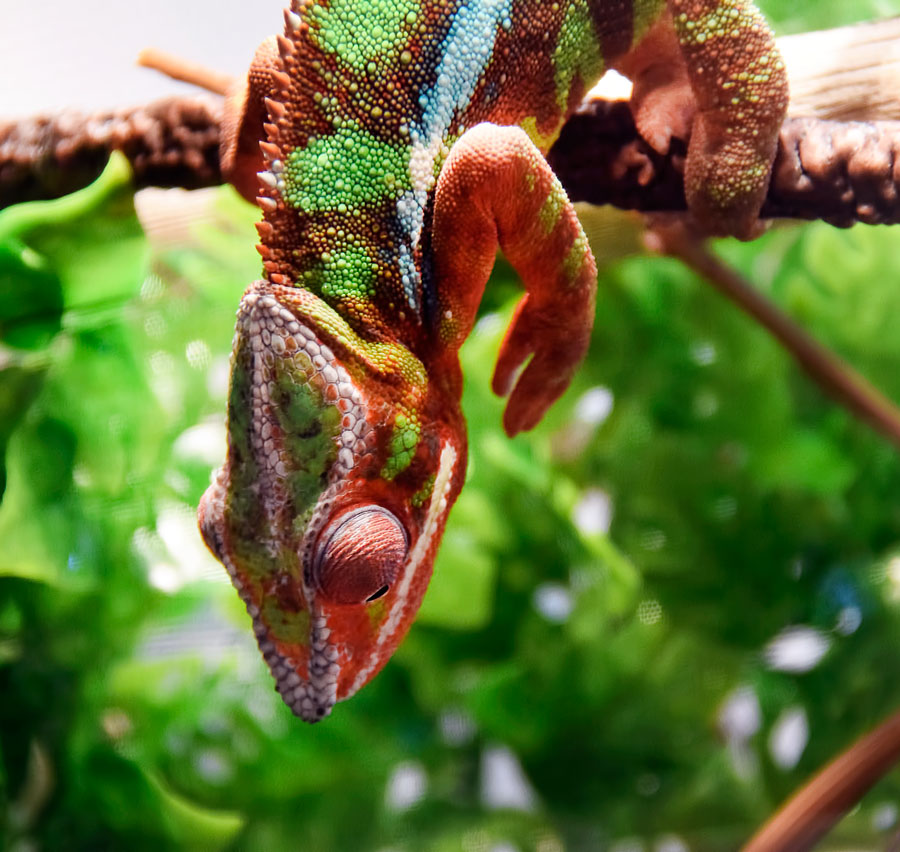 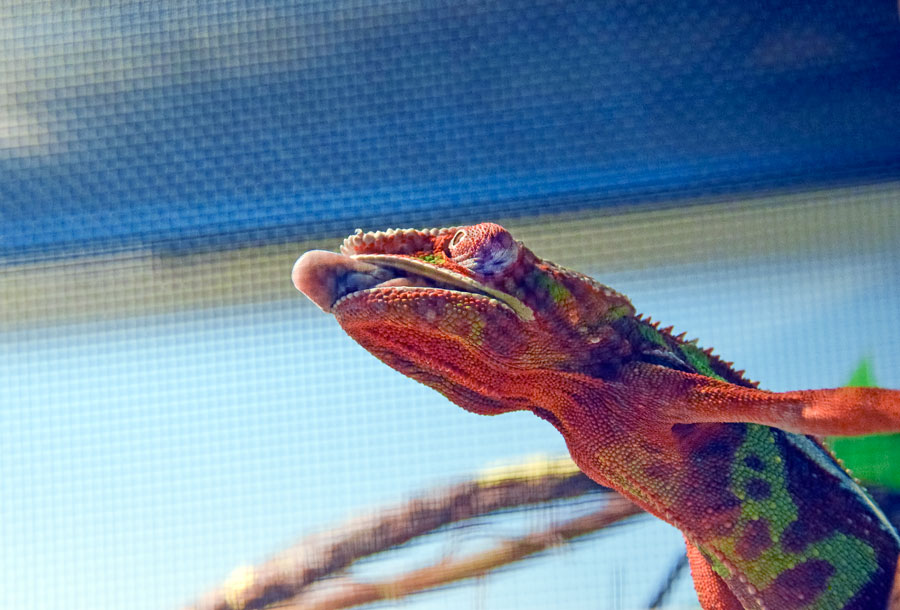 He sees a cricket and is a millisecond away from projecting his tongue to capture it. 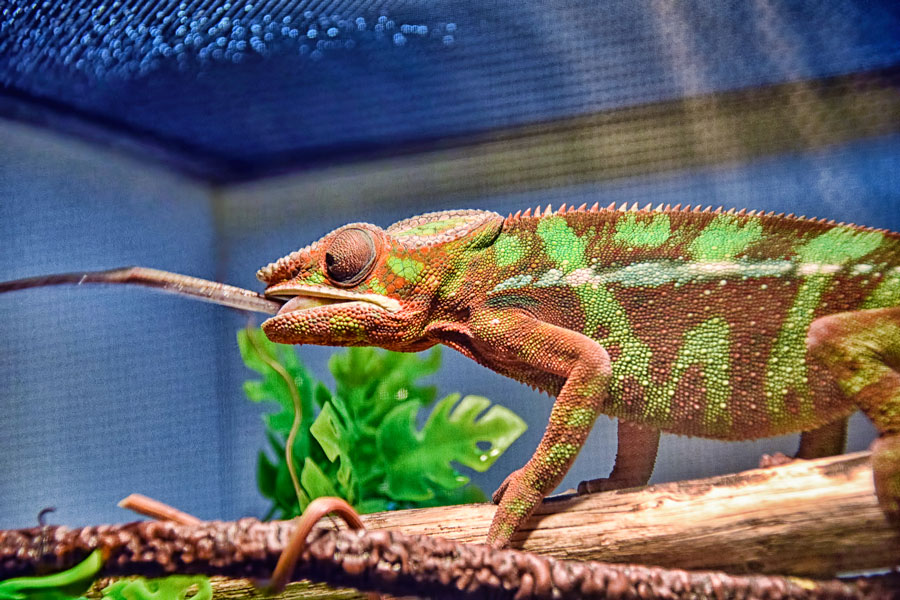 In the photo above, the long projectile coming out of his mouth

is the thin portion of his long tongue.

In the first photo in the gallery below, you can see where it joins the big muscle at the end. 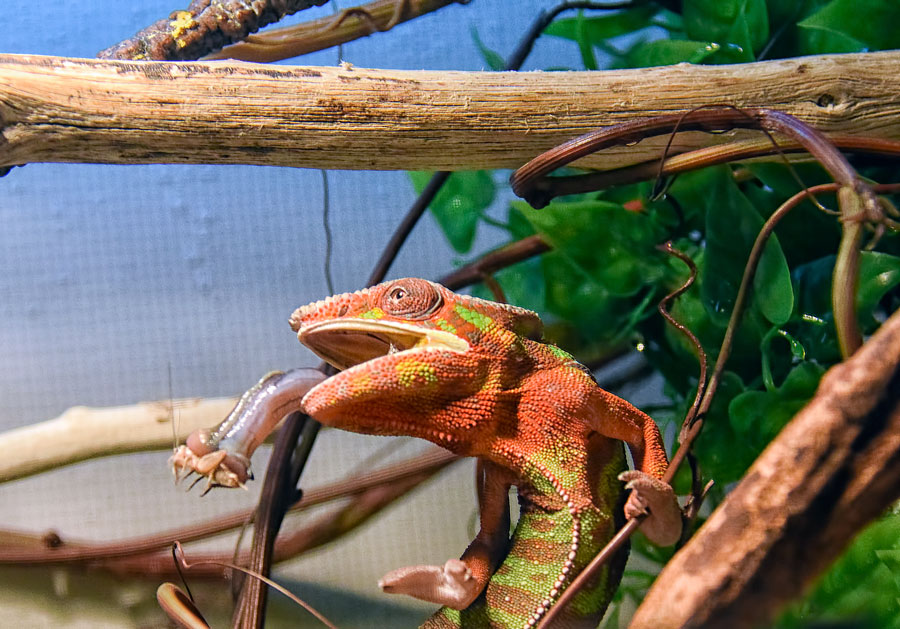 Above, he has just retracted his tongue with a cricket stuck to the cup-like, sticky end of it.

In less than a second, the tongue accelerates to thirteen miles an hour!

Really too fast for the human eye to see the real structure of the tongue. 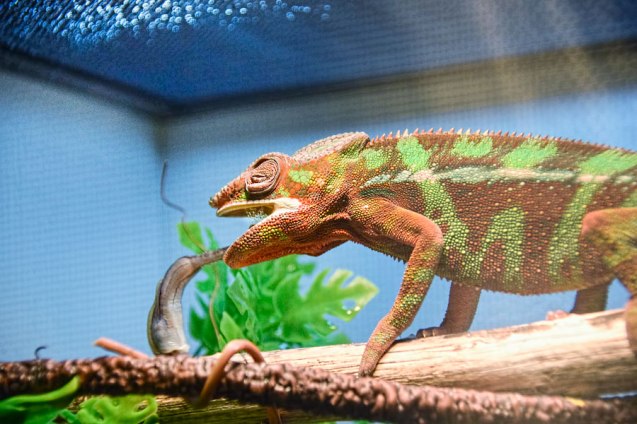 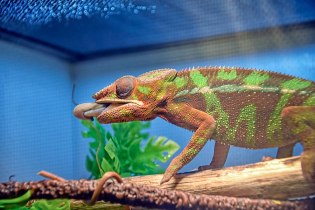 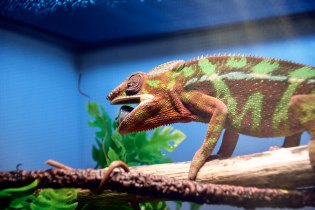 In the first photo above, his tongue has extended and captured a cricket on the muscular end.

In the second photo, he is retracting the tongue with the cricket attached to the sticky saliva on the end.

In the third photo, he is finishing off the process of retracting his tongue

I am particularly fascinated by the first photo.

I wondered how that fat muscle on the end of the tongue fit in his mouth!

Now, I see that the real extension part of the tongue is much smaller.

For a more complete and short explanation of the structure of the chameleon tongue,

see Features of a Chameleon’s Tongue

Scientists are studying the mechanism of the chameleon tongue

to learn more about improving robotic designs, according to this article.

(Bet you folks thought the chameleon was much sweeter before you saw the tongue in operation!)

45 Comments on “Hugo The Hunter”